Stormrise is a third person real time strategy game. I like RTS (although I haven't found many I've liked outside of the PC world yet), but this is sort of new to me. You have all these units you're supposed to command (and buildings that build them), but it's set in a third person view, which means you can't manage all of them at once. This makes for some of the most confusing micro-management you can think of, and although the story is cool....the gameplay leaves too much to be desired.

There's this thing called "whipping" which moves the camera around. I used it a TON (trying to micromanage all of my units), but it's still not the same as a top down view. If you have a group of soldiers walking from point A to point B, and they start getting attacked, sometimes it's tough to "whip" the camera over to them to control them fast enough to save their lives. And why don't they attack things along the way anyway? Stupid soldiers.

I played through the tutorial level (which is a little battle on it's own) and then the first mission, which took me another 30 minutes or so. By the time I was done, I could tell that I didn't want to continue. I'd watch all the story cut scenes on youtube, but I have no interest in actually playing the game anymore.

Overall Score? 2/10. It's a neat concept, but poor execution. This game isn't really fun at all. Good cut scenes, but that's really it. 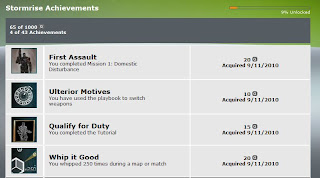