We started around 11am and finished at 11pm!
Granted, there was one lunch break (for Burger King and watching a little TV) but otherwise, it took the rest of the day. Just about 12 hours of work, but it's definitely the best feeling to FINALLY be done with this.


3 trips to 3 different hardware stores.
A pickup truck's worth of stuff (squashed into Heather's Saturn) 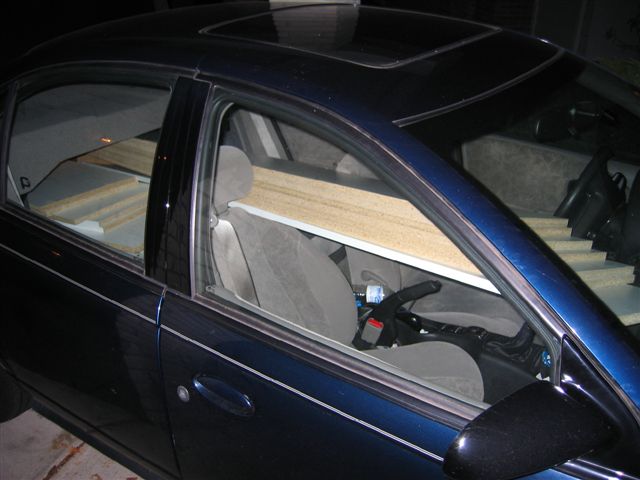 2 injuries
3 walls with three different layouts
Over 50 brackets
twice as many holes drilled
and hundreds of dollars later......
THE SHELVES ARE DONE!
It was a project I've wanted to do every weekend for the entire 6 months I've lived in the new house, but I've finally filled the spare bedroom and it's closets entirely with shelves so I can eventually turn it into a room for all my collections. This day shall go down in history as a Saturday of Success.

Since this entry is for posterity for ages to come, I must thank all the contributors:


Badger: I'm sure at least some of the musical selections today were your choices.
Greg, for refusing to let the "armor party" die. If you hadn't been so eager to come over even if no one else would....I may have spent this Saturday doing something fun instead of actually working downstairs like I should have every weekend leading up to this one. You also lifted a bookcase or two, so kudos to you!


John: For arriving in the AM after staying out drinking until 2 the night before, for making sure each shelf, bracket, and railing were level. For going to the hardware store each and every time, helping to get the shelves down from their high perches when no one else at the hardware store would. For spending your only Saturday off toiling instead of sleeping in.....and for somehow fitting yourself into the passenger seat of the car with all that particle board. Seeing as how there is no way I would have finished this today if you hadn't been doing the tedious measuring and leveling with me.....This Bud's for you.

Last but not least, Heather, for starting the work with me in the early morning, and being just as motivated as I was to finally finish this. From doing most of the hard stuff in the cleaning process (finding a spot for all those boxes that we needed moved), to taking measurements via my phone calls no less than 3 separate times while I was at the hardware store, to helping to make sure the whole thing was going to be as pleasing to the eyes as it is going to be functional. Even after 11pm when you wanted to go to bed, you were still measuring for the curtains you're making for that pesky window....so, I salute you. That's two nights in a row you've stayed up late for me.
Thanks again everyone! After six months, spending 12 hours to finally do this made it worth the wait.

Now that this is done, the fun can begin. Setting everything up. In all my years of collecting, I have NEVER had all of my stuff opened and on display. Now....I shall.

Here's a sneak peek.....the next pictures won't be until all the shelves on all the walls are full. 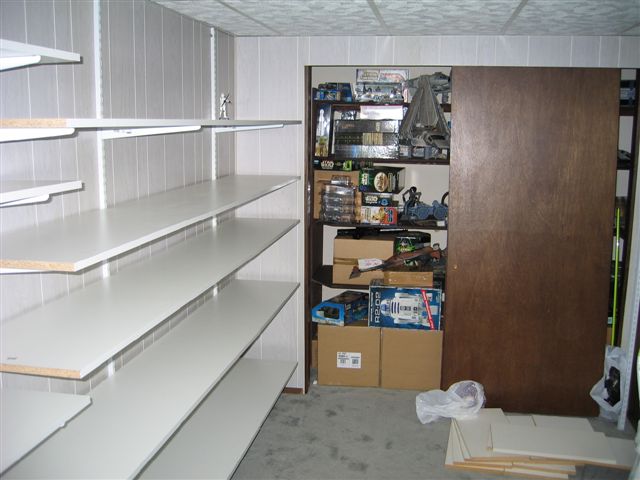